STEAM in the Islamic Golden Age 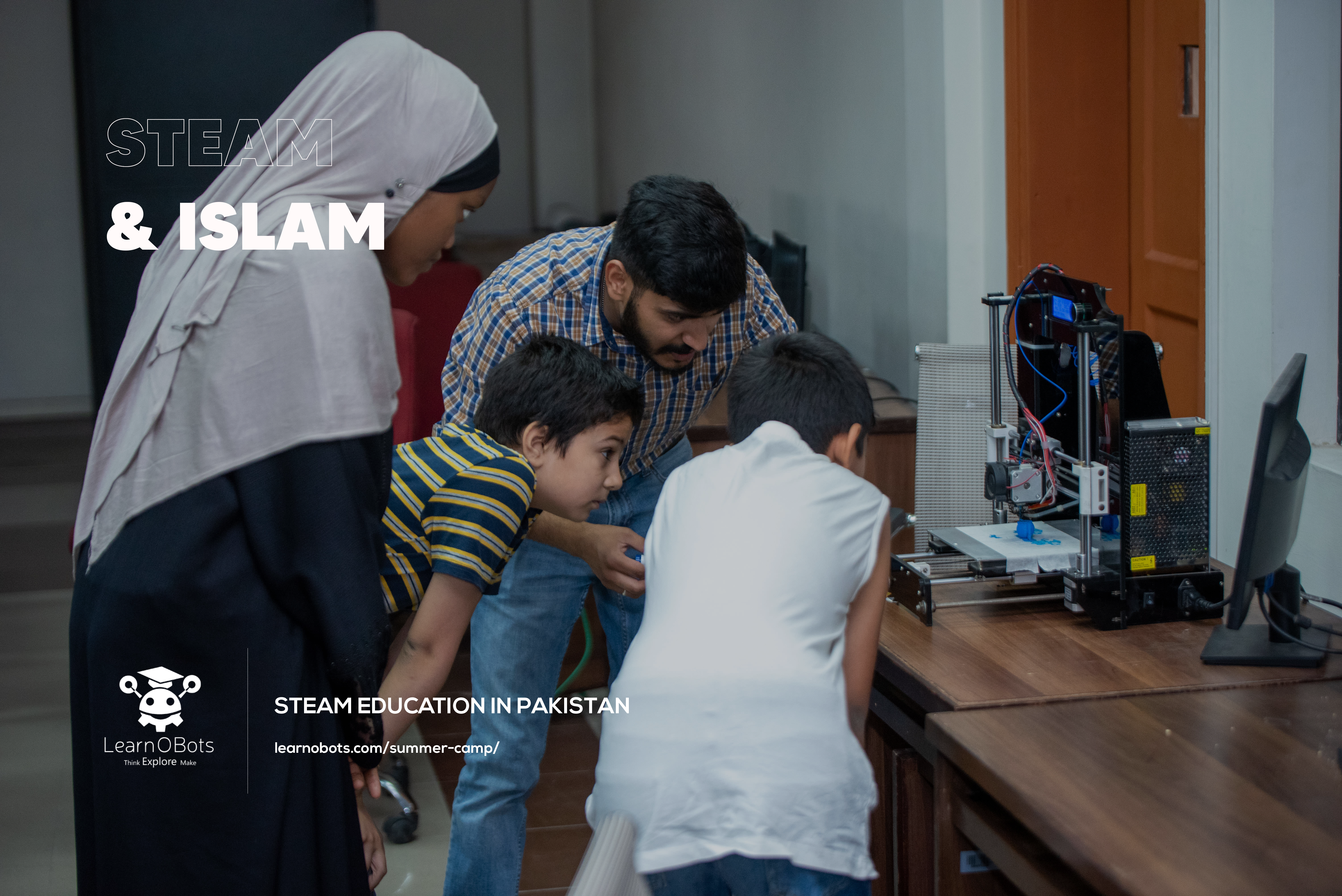 How does Islam promote STEAM?

STEAM in the Islamic Golden Age

What is the Islamic Golden Age?

Since the beginning, Islam has laid immense importance on studying. The very first word of the Quran revealed to the Holy Prophet S.A.W was “Iqra” or “Read”. When Islam first became a dominant force in the world, it was threatened by outside invaders who feared Islam’s growing power. Thus, it was not until a century and a half after the Hazart Muhammad’s S.A.W death that the Islamic Golden Age began. Most historians put this era around 790 CE to 1258 CE. This era saw great advancements in all sciences and arts, from medicine to mathematics to architecture. Muslim scholars also devoted a good deal of time to studying the mystic arts of alchemy and astronomy. Today, we would call this multifaceted and research-based STEAM–Science, Technology, Engineering, Arts and Mathematics. LearnOBots is an Islamabad-based start-up which aims to bring STEAM education to young children and prepare them for the future.

The Golden Age of Islam centred around the Bayt-al-Hikmah,which was the largest library in Baghdad during the Abbasid Caliphate. Several great minds graced its magnificent halls over the centuries. These include Ibne Sina (Avicenna), Al Khwarizmi (Algoritmi) and Jabir bin Hayan (Geber). In today’s blog, we will discuss some of these important figures, their inventions and how they continue to shape the world today. Specifically, we will discuss the advancements made in mathematics, medicine, philosophy and architecture. 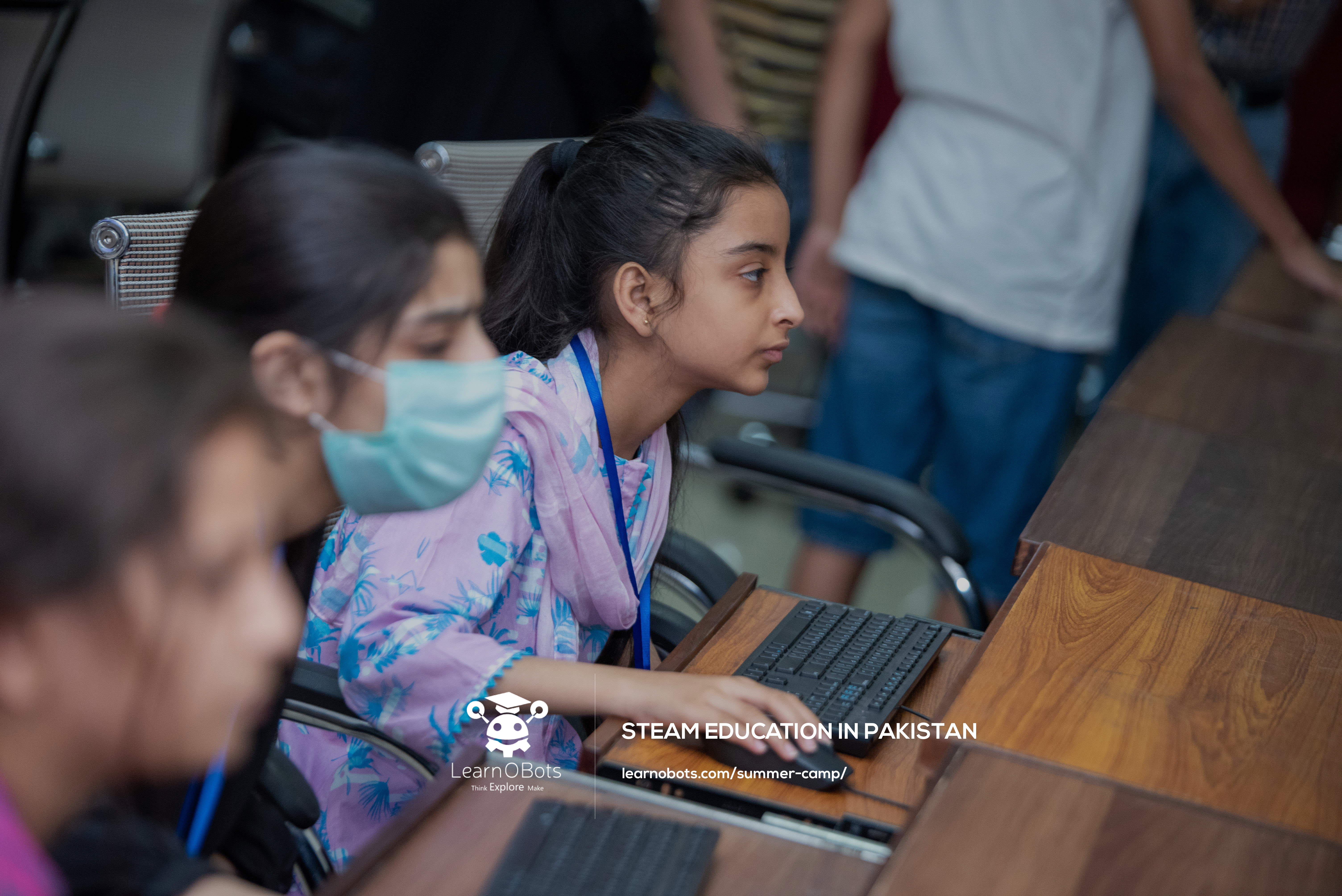 Muslims laid the foundations for algorithms

As mentioned above, Al Khwarizmi was one of the most important scientists of his time. He was born sometime around 780 and introduced Indian numerals and the number zero (0) into math, and he is also the founder of algebra. As his English name, Algoritmi would suggest, he also laid the groundwork for modern-day algorithms. We talked about algorithms on one of our previous blogs, and essentially, they are functions used by computers to solve data. Years after his death, European scholars translated his works into Latin.

Another famous mathematician of the ea was Al Bruni, who did extensive research on the sun, eclipses and the stars. Moreover, he correctly hypothesized that the earth rotated on an axis, which caused the seasons. Both astronomy, the study of heavenly objects, and astrology, the study of stars and fate, were popular during the time. Al Biruni’s contemporaries thus created the hand-held astrolabe. An astrolabe is a tool that we can use to map out constellations and solve many different astronomical problems. Muslims, during this age, also worked on the mathematics of circles and triangles.

Muslim physicians founded the first hospitals, medical schools, pharmacies, and surgeries and wrote in-depth medical texts. However, they also paid attention to ancient medical texts in Latin and Greek and translate them into Arabic and Persian. The translators stored thee revived in the Bayt-al-Hikmah for anyone to study them.

While the Christian Church at the time shunned the sick and ill due to them being perceived as cursed by God, Muslims cared for their sick. Al Razi (Rhazes), a famous doctor, founded the first public hospital in Baghdad called Audidi in the year 800. Muslim hospitals had different wards and units and dedicate staff. Furthermore, Muslims pioneered handwashing and the use of antiseptics and cauterization. There were hospitals not only for the physically ill but also for the mentally ill. Ahmed bin Tulun founded the first mental hospital in Cairo in 87, where doctors treated patients through therapy and music. 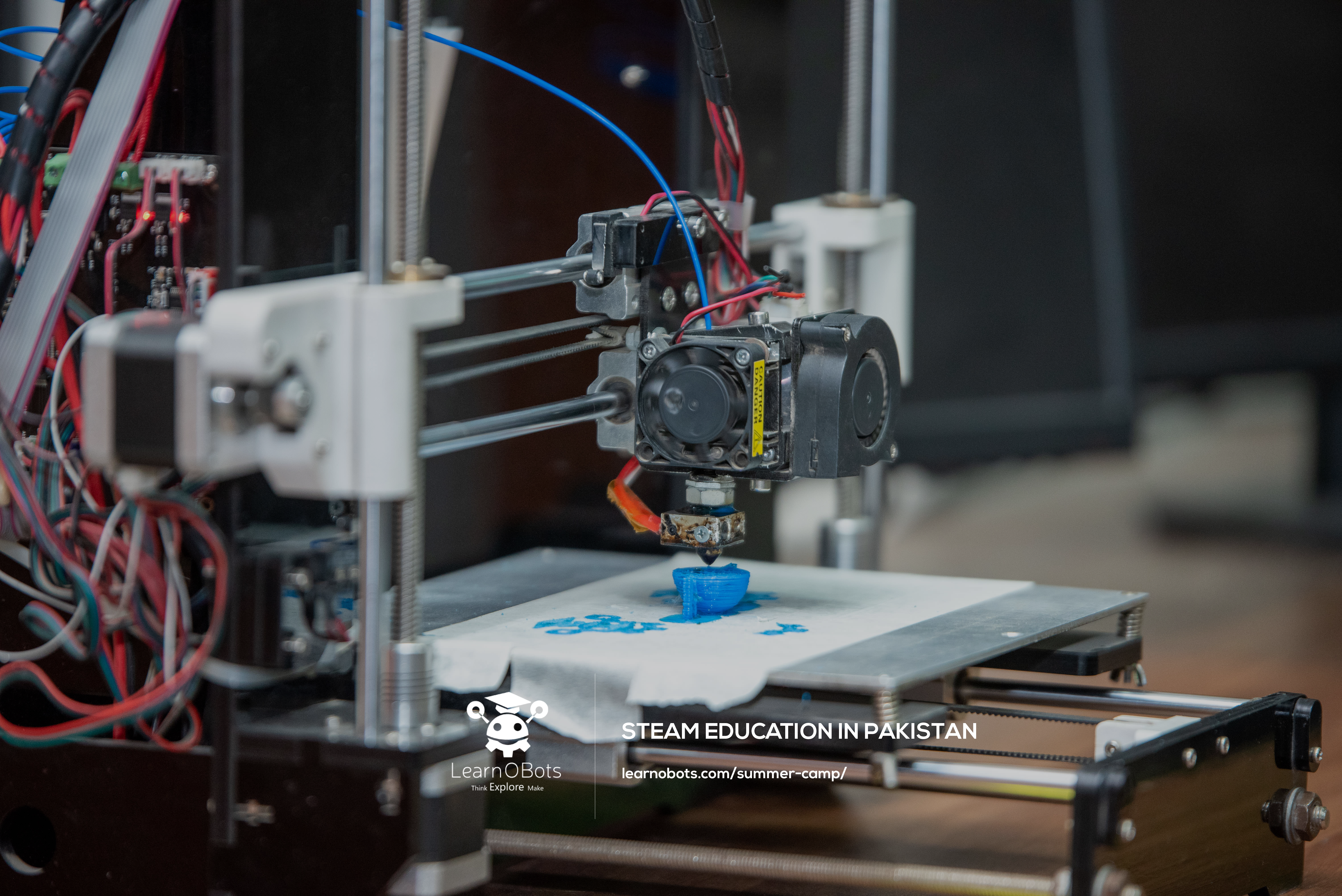 Children having fun at STEAM Camp

Al Razi, besides being a physician, was also a philosopher. He was influenced by ancient Platonic ideas and argued that the world was made up of 5 elements: God, soul, matter, space and time. Yahya ibn Adi also studied the ancient Greeks, and he translated many of Socrates’ and Aristotle’s works into Arabic. He once said, “Many a dead man lives on through knowledge”. Ancient Greek philosophers also impacted others like Ibne Rushd (Averroes), Ibne Sina and Yahya ibn Suhrawardy, who founded their distinct schools of thought.

Nonetheless, Al Ghazali, one of the most important Islamic philosophers vehemently opposed the idea of Western ideas mixing up with classical Islamic theology. He is a Sufi saint, and his work “The Incoherence of Philosophers” marked a turning point in Islamic epistemology–the study of knowledge.

Islamic rulers of the time forbade the use of human or animal imagery in art, as they considered it a form of idolatry. Instead, Muslim artists focused on the calligraphy of the Quran, geometric tiling and complex floral designs. This unique style came to be known as Arabesque, but contrary to its name it was popular all over the Islamic world, from Qurtuba to Samarkhand. Many times artists would intentionally leave flaws in their works as a show of humility and to symbolize how only Allah can create perfect works.

Islamic architecture varied from era to era and place to place. However, it maintained some similar basic features, such as the minaret and dome. In Sham and the Levant, catholic designs blended in,such as in the Great Mosque of Damishq. The mosque was also the first to use the square minaret. Similarly, artists borrowed ideas from the Byzantines in Turkey. Designs varied across the Fatimid, Umayyad, Abbasid, Seljuk and Mamluk. In Spain, the Great Mosque of Qurtuba is a great example of Muslim architecture amalgamating designs.